I've been going the archives of what I call  my macro photographs.

The picture below was made  about the same time (circa 2019) as the images on this post on Thoughtfactory's photo blog and with the same macro camera equipment. It was the colours of the quartz that initially caught my eye. Then I saw the seaweed strand lying across the quartz vein.

I thought that this moment wouldn't last very long, as the coastal wind would quickly move the shape and the  line of the seaweed strand, then eventually  blow it off the quartz.  So I quickly made a photo. 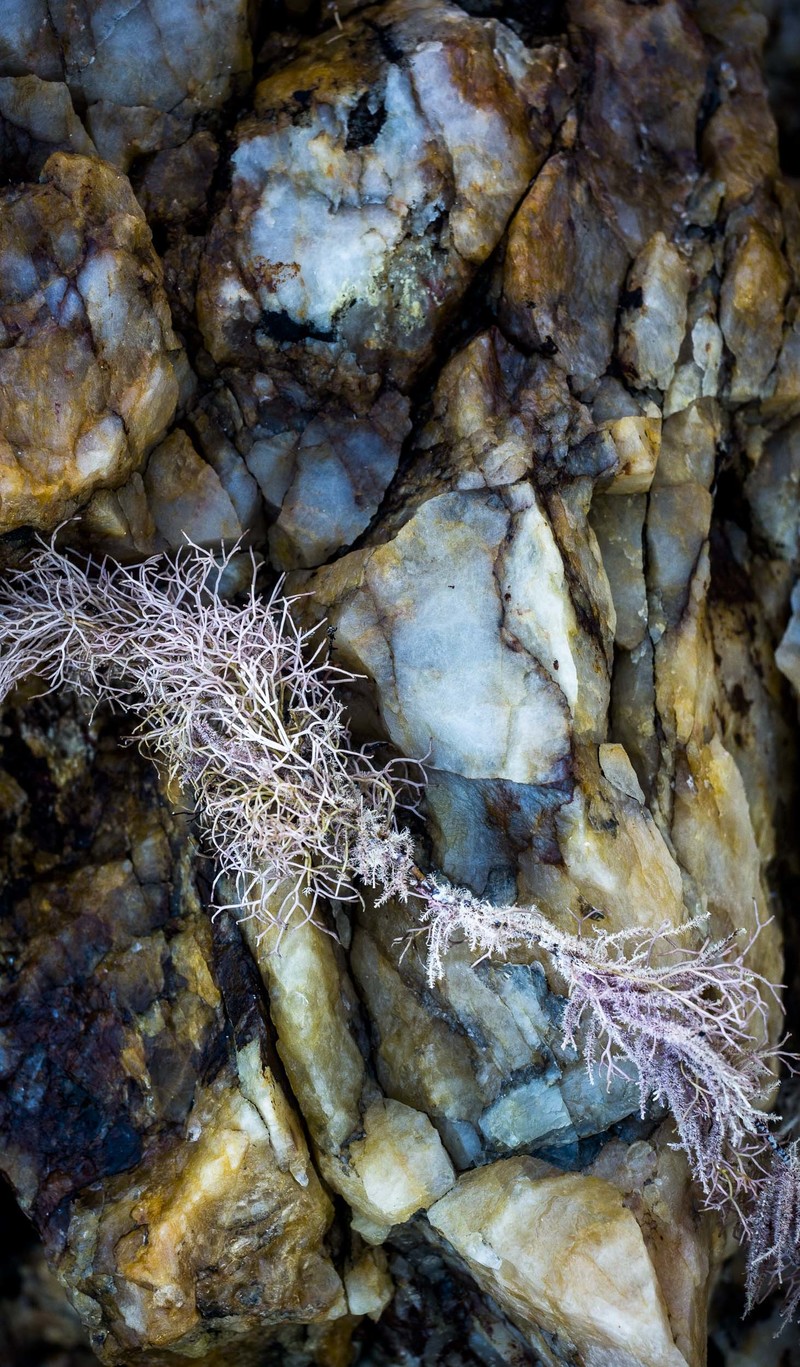 I was on a poodlewalk at the time,  and I was looking for some dried salt ponds among the granite rocks to photograph.  We would have   been walking in the  late afternoon.

The salt ponds are few, infrequent and ephemeral and there are not many areas where they emerge  during the heat of the summer. This picture is also from the archives --late December 2018. 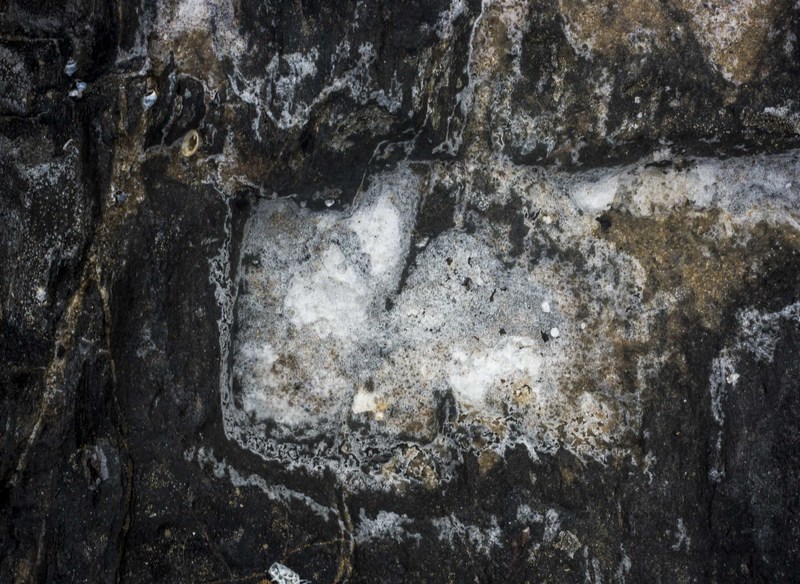 Summer heat during the day  is required to evaporate the little ponds of water left over from the high tide in the morning.  This summer  hasn't seen many hot days so far. It has been quite cool.  So there has been very few salt ponds.